Looking for the horizon? 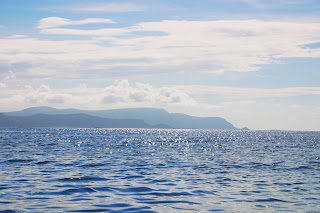 I guess there are people around the world wondering why norwegians don’t shout slogans of hate outside the courtroom where the killer from the terror last summer is facing his destiny.


Why  we chose to stand shoulder by shoulder showing each other love, singing about a sky filled with stars, and living together seeing each others as equals.
I will try to explain this. First of all. It is a choice. It is not a weakness. We believe it is strength. It would be so easy to hate, but what  good would that do.
I can of course only speak for myself, but I think many norwegians share the same feelings these days. I personally will not give him the right to bring hate into my heart. I do not want to be someone who hates, someone who wants someone dead. If I had a gun, and was alone in a room with him, I would not give him the power to make me a murderer. To change my destiny to be someone who has killed a person. To live with that for the rest of my life. I am better than him. I do not believe in hate and violence, and I won't let him change that in me.


I do not want to be part of making him a martyr. He is not a martyr. He is a sad person who tries to make his bizarre views reasonable. To make himself some kind of hero by slaughtering innocent kids for by being enganged in politics, for wanting to make the world a better place.
They are the heroes. They are the martyrs, they are the ones that died for believing in the political system and for wanting to use their minds and beliefs to the best of their country. They are the ones being chased in the forest as animals, by someone who did not have compassion in his heart. No respect for human life. No humanity.


Please, do not mistake us for being naïve. We are not naïve. We are far from naïve.
We choose this, even though it is not the easy way. But for us it is the right way. It is the path that will lead us to the future we have not lost sight of.
Lagt inn av Elisabeth F kl. 12:50